New edition of the conference Great Architecture Projects in which nine architectural firms presented their ongoing projects for 2013-2015 scenarios.

The event was inaugurated by the chairman of COAM – Official Association of Architects of Madrid – Jose Antonio Granero as well as introduced and directed by the journalist Jose G. Osorio. 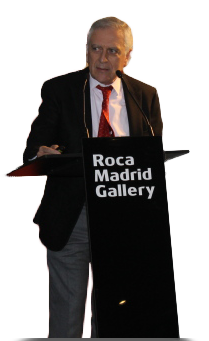 See more about the lecture